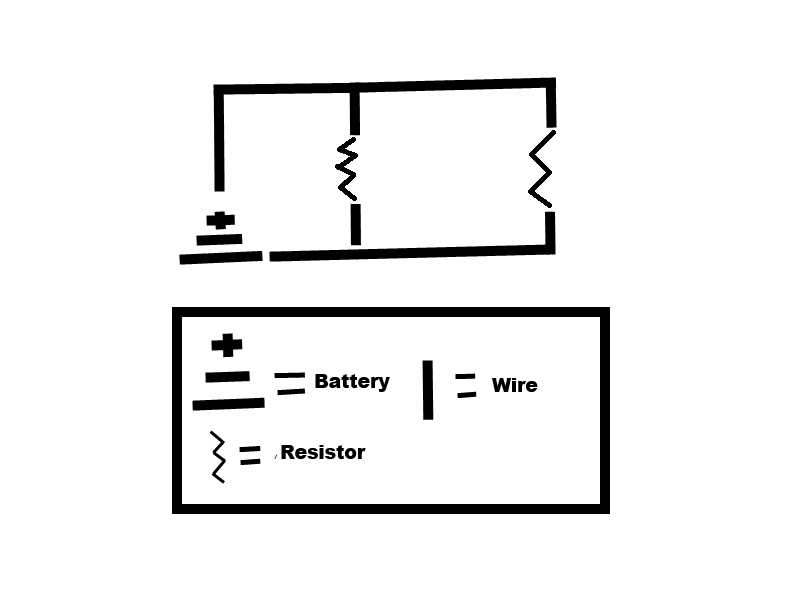 Electricity is the flow of electrons in a path. This path is called a circuit.

A circuit is the path of which electrons pass through. There are different parts of a circuit.

What is Static Electricity?

Have you ever wondered how lightning is formed? Lightning is a type of static electricity. When two objects rub, the jump from each object. This is called discharge. In the same way, the negative charged electrons in the cloud attracts to the positive charged protons in the ground. When the electrons jump to the ground, the discharge happens. This is when you see lightning.

The Different Parts of a Circuit

The amount of electricity moving in a circuit is measured in amps.

What are the two types of Circuits?

There are two types of circuits: Series and Parallel circuits.

A series circuit is a circuit with only one path that electricity can flow through.

A parallel circuit is a circuit with more than one path that electricity can flow through. If one path is blocked, the electricity still flows through the other path.

A short circuit is a circuit with little to no resistance. It is usually accidentally made.

How People use Electricity Safely

In most houses, there is a fuse. A fuse is an object that breaks if too much electricity is passing through the circuit.

A breaker also is similar to a fuse. It opens the circuit when too much electricity passes through the circuit.

Buildings use a different technique. When lightning hits the building, it goes through a wire on top of the building that leads into the earth. Since the Earth is massive and a neutral conductor of electricity, the shock will be absorbed.