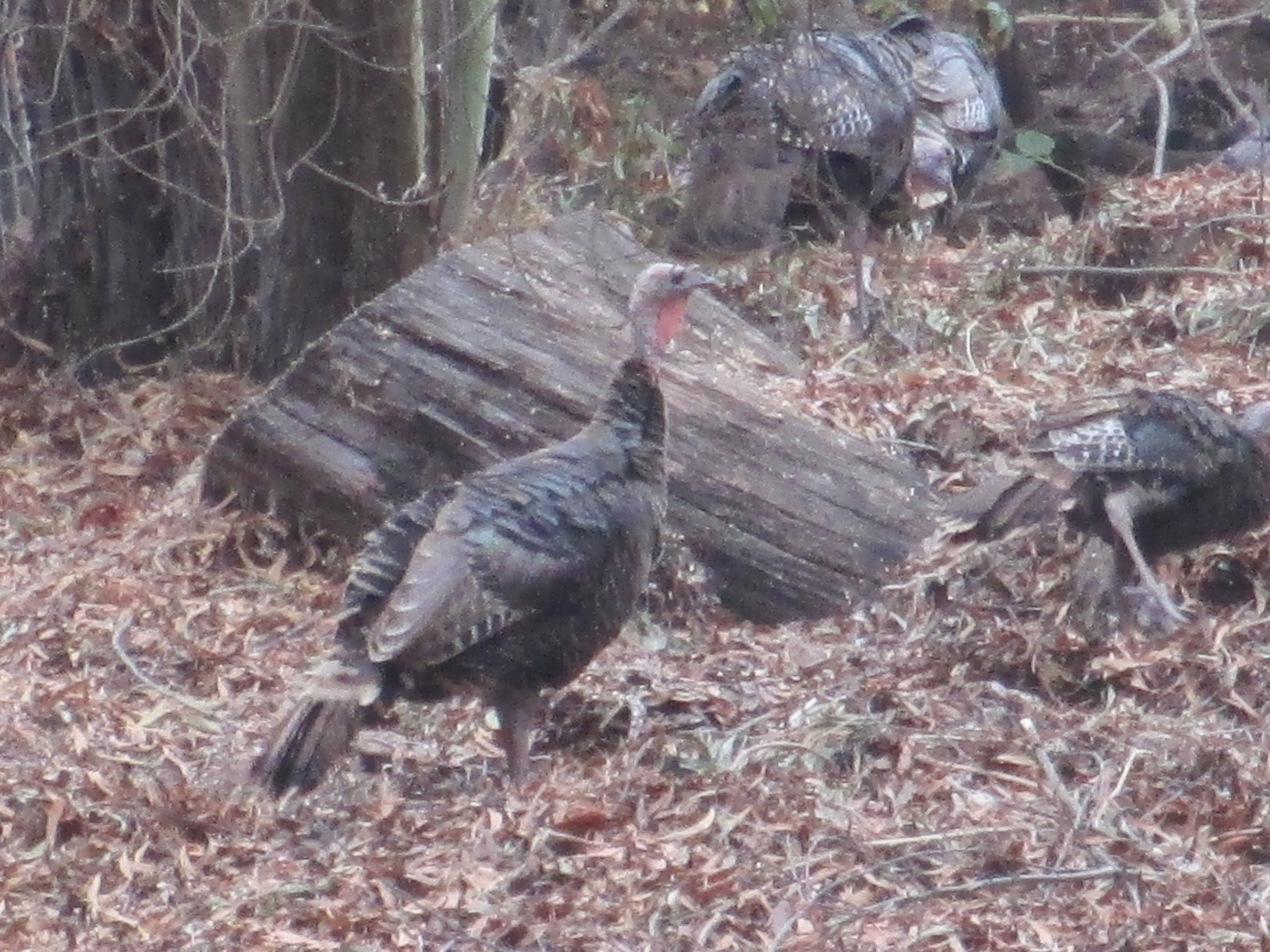 What are Wild Turkeys?

Wild turkeys are large birds in the genus meleagris. They are native to North America.

Adult males are called toms and have a featherless, reddish head and a red throat. They have feathers that can be red, purple, bronze, green, and copper. They usually weigh from 11-24 pounds.Sometimes, males have a tuft of feathers sticking out from the middle of the chest. This is called a beard. Adult females are called hens, and have brown and gray feathers. They are much smaller than the males, and typically weigh from 5-12 pounds.

Wild turkeys roam in open forests of western United States, parts of Mexico, and parts of Canada, and are comfortable with forests of many species of plants, as long as there are openings in them.

Wild turkeys are omnivorous. They eat nuts like acorns from varieties of oak trees, seeds like white ash seeds, and berries from many bushes. In the winter, when snow covers the ground, they feed on hemlock buds, ferns, mosses, and burdock. During spring and summer, they dig up plant bulbs to make up for the scarceness of seeds. They also feast on salamanders, snails, and insects like beetles.

Wild turkeys usually travel in flocks ranging from 5-50 birds. They can fly, contrary to popular belief, but prefer to travel by foot. If they are threatened, males usually run and females usually fly. At dusk, turkeys fly to a low branch of a tree, then hop up branches as they make their way towards a higher roosting spot.

Outside the breeding season, they form all-male flocks, leaving the females to take care of the chicks. Female flocks usually consist of two or more family groups, with mother hens and their chicks. Each gender flock has a constantly changing hierarchy, each adult having a different rank in the group.

Female turkeys build their nests on the ground, in dead leaves near trees or under thick shrubs. The nests are about 1 inch deep and 8-13 inches wide. Nests hold 4-17 pale-yellowish eggs, which are each 2-3 inches long and 4-5 inches wide.

Thankfully, wild turkeys are not endangered. On the contrary, their populations have been growing since 1966, according to the North American Breeding Survey.